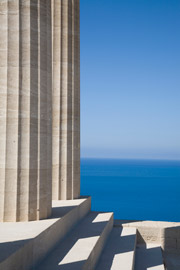 In the United States, an estimated 20 million people have problems with alcohol or other drugs.  Many of these individuals attempt to get sober, but remain stuck using addictive substances because they try to fix things their own way—and berate themselves when nothing changes—unaware they are working against the laws of nature.  Much like drivers who hit the gas but go nowhere when their car is stuck in snow, they keep using alcohol and other drugs because they don’t understand why they are stuck or how to work with the laws of nature—laws that govern human behavior, addiction, and recovery from addiction—to cope with their problems.

Behavior is everything we can observe an organism do.  Examples of human behavior include talking, eating, driving, dancing, breathing, and body language.  Human behavior originates in the central nervous system, which consists of the brain and spinal cord.

Laws of nature are often understood through science.  The science of the nervous system is called neurobiology.  A basic principle of the neurobiology of behavior is that lower centers of the central nervous system can, and routinely do, act independently of higher centers.  For instance, the knee jerk reflex (a behavior) utilizes only a small segment of the lower end of the spinal cord.  Breathing is driven by a nerve center in the lower brain stem.

The cerebral cortex, which supports conscious thought, is not routinely involved in reflexes or breathing.  We can involve the cortex if we tense our leg muscles or hold our breath, but that merely interrupts the automatic behaviors; it does not make them go away.

Instinctual behaviors such as eating (gratifies and protects the individual) and sex (gratifies the individual and protects the species) are more complicated and are driven by the upper brain stem and the limbic system.  Instinctual behaviors can proceed without conscious thought and at times proceed despite a conscious decision not to engage in them.  For example, have you ever eaten a second helping or a dessert after deciding you’d be better off without it?  In experimental animals, if scientists alter a specific area in the region of the upper brain stem called the hypothalamus, the animals eat voraciously—with no regard for their well being or their actual need for food.

That’s like the neurobiology of addiction.  Addictive chemical substances change the brain at an instinctual level, resulting in behavior that perpetuates use of the substances regardless of what’s best for the individual.  In addiction, obtaining and using an addictive substance become automatic behaviors—programmed into the instinctual brain by repetition and reinforcement (conditioning).

Addictive chemicals alter mood by increasing the activity of dopamine in the limbic system’s nucleus accumbens, which causes reward (pleasure is a positive reinforcement) and/or relief (escape from unpleasantness is a negative reinforcement).  Incidental environmental elements (or cues)—including people, places, and things—that are present at the time of a reinforcing behavior, even though they produce no reward or relief on their own, may become so associated with the reinforcing behavior in the instinctual brain that they “trigger” the behavior when they are encountered.

When someone pursuing addiction recovery meets a circumstance linked to their addiction, an automatic behavioral response may take them by surprise.  A man in his thirties said, “I wasn’t thinking about cocaine.  I hadn’t used for a couple weeks.  I was driving to the grocery store and all of a sudden my car turned onto my dealer’s street.  For a second I thought the dealer had my car under radio control.”  A forty-year-old man was in recovery from alcohol dependence for two years when he went to his first Boston Red Sox game since he stopped drinking.  He said, “I was inside Fenway Park maybe ten minutes.  Before I knew it, I had a sausage dog in one hand and a beer in the other.”

To make matters worse, during active addiction the portion of the cortex at the front of the brain where the person weighs consequences and makes decisions does not do a good job.  Too often more addictive substance takes precedence over natural rewards such as personal safety, family, and citizenship.

In addition to cultivating a realistic mistrust of themselves and taking responsibility for the details of recovery management, people who stay sober by working with the laws of nature cultivate honest self-disclosure.  They put themselves in the presence of respectful, accepting other human beings and, at a pace that’s appropriate for both themselves and the others, open up their story and their feelings.  This addresses the neurobiology of recovery:  positive interpersonal relationships change the brain and change behavior by integrating emotions with consciousness; the person becomes more resilient and less self-defeating.

People with addiction who want to stay sober often require individualized interventions such as residential treatment, specialized counseling or therapy, and/or medications that reduce relapse risk or treat physical or mental illness.  But the bare essentials of addiction recovery are the two actions described here—consistently avoid addictive substances (Keep your distance!) and persistently seek support from others (Ask for help!).  Neurobiology justifies their importance, and so do the stories of countless individuals with addiction whose recovery efforts went poorly or well depending upon whether the protagonist worked against or with nature.

The two recovery-oriented actions identified here are so relevant and unchanging that I have come to call them The Two Pillars of Recovery®.