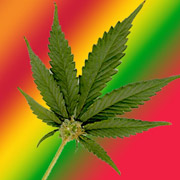 People in the United States don’t shrink from passionate expressions of opposing views.  Whigs vs. Tories, Republicans vs. Democrats, and Red Sox fans vs. Yankees fans are just a few cases in point.  People’s views on marijuana are no less passionate and no less polarized.  During treatment for addiction to opioids a man in his early twenties said, “Marijuana is an herb; it’s natural.  It relaxes me; I’m not addicted to it; and I’m going to smoke it when I get out of here.”  In the same room, a man in his early thirties also in treatment for addiction to opioids said, “People disagree whether marijuana is a gateway drug.  It is for me.  If I never smoked marijuana I never would have gotten hooked on harder drugs.  And if I hadn’t tried to smoke it again after my first treatment, I wouldn’t be here right now.”

Opposing views swirl around the subject of marijuana (cannabis).  Should it be available as medicine?  Should it be legalized?  Are substitutes safe?  This NCADD Addiction Medicine Updatefocuses on legalization of marijuana.  “Medical marijuana” and synthetic marijuana will be future topics.

Marijuana had been around for centuries before college students and the hippie subculturerediscovered it the 1960s.  Drug educators in the sixties had little objective information to pass along about risks of marijuana, and use spread.  Now, however, more than four decades of scientific research document ways marijuana harms people, especially youth.  Nevertheless, among young people, the perceived risk of smoking marijuana has been going down.  As that happens, use goes up.  This is not all that paradoxical since current media hype around “medical marijuana” and legalized marijuana normalizes marijuana’s image.  In 2012 the citizens of Colorado and Washington State even voted to legalize possession and use of marijuana by adults.

Proponents of marijuana legalization affirm civil liberties and describe enforcement of existing marijuana laws as racially discriminatory, expensive, unnecessarily punitive, and ultimately ineffective.  They argue that legal addictive substances – alcohol and tobacco – are more harmful than marijuana.  And they predict that taxing legalized marijuana will generate revenue for education and other priorities.  Some proponents dispute the accuracy of medical and scientific warnings of potential harm from marijuana.

It’s complicated.  Decriminalization of the possession of small amounts of marijuana has been adopted by several states, and it is expected to alleviate a large portion of the effort and tremendous expense of enforcing current laws that criminalize drug use and addiction.  Many consider decriminalization’s main value will be keeping individuals out of the corrections system that do not belong there at all.  Yet even decriminalization is controversial – perhaps because proponents prefer outright legalization and opponents of legalization fear that decriminalization paves the way to it.  Marijuana remains illegal under federal law (it’s also banned under international treaties), causing marijuana dispensaries to be largely cash businesses due to the absence of support from banks and credit card companies.  Taxing the sale of marijuana is inconvenient; plus the tax revenues it generates may not prove as lucrative as states hoped.

Advocates for marijuana legalization believe adults ought to be able to smoke marijuana recreationally without breaking the law.  Their success so far – legalization in two states – is seeding glamorization and commercialization of marijuana.  No one knows how far advertising and production will grow (Could marijuana rival big alcohol and big tobacco?), but marijuana is becoming more available now – and its availability could skyrocket.

The main psychoactive (mood-changing) chemical in marijuana is delta-9-tetrahydrocannabinol (THC).  THC has numerouseffects on brain function, including addiction in some individuals.  When use of marijuana begins at or below age 14, future substance abuse and dependence is six times more likely than when marijuana use begins at age 18 or older.  Use of alcohol or non-medical use of prescription drugs at an early age is also associated with higher rates of abuse and dependence in adulthood.

Marijuana’s damaging effects on brain function include interference with learning and memory, particularly when the brain belongs to an adolescent.  A college student assistance counselor arranged a talk on marijuana.  The speaker acknowledged the importance of memory to the students, whose finals were two weeks away.  As the speaker described how marijuana could impair immediate recall, a student at the rear of the hall raised his hand.  The speaker encouraged him and the student said, “I’d like to say a couple of things.”  The speaker encouraged him again and the student said, “I smoke marijuana and I don’t think it’s that bad, and…”  A student in the front row finally broke the silence saying to all, “He can’t remember the second thing he was going to say.”

Decades of research and experience have found that when an addictive substance is available, and when youth and the greater public hold permissive attitudes toward the use of the substance, use of the substance increases.  Inevitably, some of those who participate become addicted – or worse.  A well-intentioned increase in opioid prescribing that began in the 1990s, for example, played a major role in the resulting spike in overdose deaths.

Last month’s Update on stigma ended with the statement, “If you hold a stake and a point of view, legislators and other policymakers deserve to know what they are.”  We all have a stake in the youth of this country.  Policymakers on the legalization of marijuana now include everyone who votes.

To think about:  If you see a group of children trying to wake a sleeping dragon – and you have watched that dragon burn other children – what’s the right thing to do?